CPH Chemie + Papier Holding celebrated its 200th anniversary in 2018 with 3000 guests. Among other things, Communicators realized an exhibition on the history and present of the CPH Group at the anniversary event. 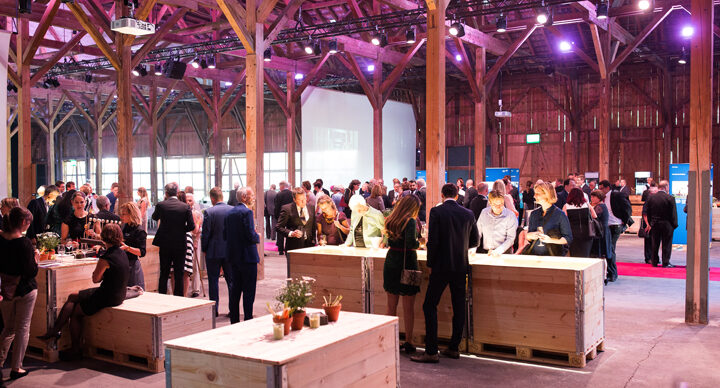 "The father creates, the son receives, the grandchildren disintegrate." This applies to most family-owned businesses. Only 12% of the companies make it to the third generation, while only 3% are still active in the fourth generation. 200 years in the possession of the descendants of the company founders is not only a mature achievement by Swiss standards, but also a rarity worldwide. In the seventh generation, the CPH Group, which is based in Perlen, Lucerne, is still today dominated by descendants of the founding families Schnorf, who also provide three representatives of the Board of Directors.

Founded in 1818 as a chemical manufacturing plant in Uetikon am See, the Schnorf brothers diversified into paper manufacturing as early as the end of the 19th century. Today, the CPH Group is one of the few conglomerates listed on the Swiss Stock Exchange with activities in chemicals, paper and pharmaceutical packaging, with over 1000 employees and production sites in nine countries.

The celebration of the 200-year anniversary also marked the end of an era, as the CPH Group sold its 66,000 m2 founding site in Uetikon directly on Lake Zurich to the Canton of Zurich, which will build a secondary school on it. To mark the farewell, CPH held a gala anniversary celebration on the site for invited guests and a large chilbi for the population.

On the one hand, an exhibition in one of the warehouses focused on various aspects of production and working conditions over the past 200 years at the Uetikon site with exhibits, documents from the archives and historical film material. On the other hand, today's CPH Group presented itself on illuminated pillars, with products to touch and multimedia impressions from the various business units. An exciting dialogue with educational and entertaining elements for the visitors developed between the contrasts of the past and present.

Communicators was responsible for branding, media relations and the exhibition at the 200-year anniversary. Scenography: Nicola Weber; event planning and implementation: Merz + Partner.