"A gaudy title is often enough"

An interview with René Maier, editor-in-chief of investrends.ch about the relaunch of the financial platform 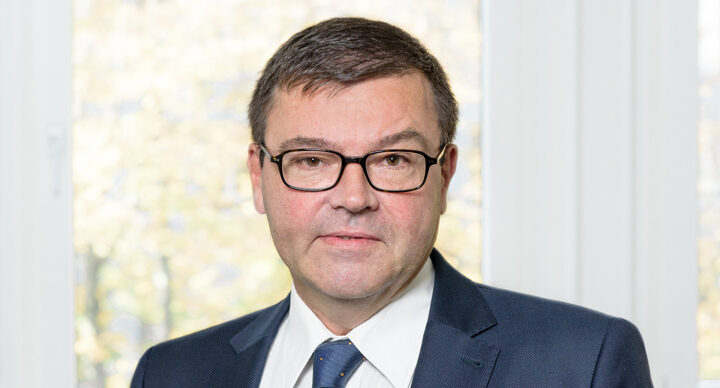 René Maier, editor-in-chief of investrends.ch, is highly satisfied with the relaunch in spring and the development of reader numbers. The platform will focus even more strongly on pension and digitization topics - always committed to high-quality reporting.

Mr Maier, fondstrends.ch became investrends.ch - what was the reason for the renaming and relaunch of the financial portal?

René Maier: As is so often the case, technology was the driving force behind the change. Because the Content Management System, CMS for short, was getting on in years and needed to be replaced, we decided to use this change for a comprehensive relaunch. At the same time, the idea was born to change the name to investrends.ch with a complete renewal of the portal. This should also signal that investrends.ch wants to cover a wider thematic spectrum of the financial industry than fondstrends.ch did before.

And what are the initial reactions of readers to the new website?

I personally have received only positive reactions. Readers like the clear, well-structured design of the website. Some have also noticed that more articles than before are being published.

On the one hand, I like the structure and clarity of the design, including the good readability on all devices - from PC to smartphone. In terms of content, I find the mix of topics, some of which are exclusive articles from our partners, and interesting, up-to-date news from the world of finance to be a success.

Were there also critical voices?

On an online information portal there are always things that can be improved. I am open to this criticism. And everything moves much faster online - most articles only have a high visibility for about two days on the front page and in the newsletter, after which they "disappear" in a section and are only called up specifically. This is a big difference to a print product, which is there virtually unchangeably.

You were formerly editor-in-chief of "Schweizer Bank", a print magazine. How does your current role differ from your former function?

I was the classic page maker of a monthly magazine, designing the content and visuals of the paper together with the editorial staff, the photographers and the creative department. I often wrote various articles myself - especially the cover story. An equally important part of my work was attending events and making contact with experts from the financial sector.

At investrends.ch the pace is faster, we publish at least three new articles a day. That's why I'm intensively involved in preparing articles and curating the website. And now my tasks also include marketing. It's exciting to be able to directly influence commercialisation.

In the digital world everything is measurable. Does reader behaviour influence the themes of investrends.ch?

Investrends.ch is still in the initial phase, June is now the third month since the relaunch. Until now, the main focus has been on increasing user numbers...

Thanks to more articles that are published daily on investrends.ch and the newsletter that now appears twice a week instead of just once a week.

Let's get back to the reader behaviour.

This much is clear: the choice of topics must be closely aligned with the interests of the readers. However, as a journalist of many years' standing, I also know that it is often not so much a question of the topic in general whether the users are interested in an article. A gaudy title is often enough. That is not our strategy. We are a portal for the financial industry and not a tabloid site. Luring readers to articles with false promises is not sustainable, it only annoys users. In order to offer our readers as much as possible what they are interested in, we will in future make more frequent use of evaluations of reader behaviour.

Investrends.ch reports comprehensively on current developments in the financial world - what content are readers looking for primarily at investrends.ch?

In June, the most-read article was a contribution to Swisscanto's Pension Fund Study. Another article on a study on sustainable investments in Switzerland also ranked high. The topics of pension provision and ESG are generally in vogue. However, articles on ETF and digitalisation are also receiving a lot of attention - and of course, personal reports are also being published.

Which areas of reporting do you want to focus on in future?

As mentioned, pension provision is a topic that is also playing an increasingly important role from the perspective of asset managers and banks. In addition, fintechs are to be given more weight in reporting. However, investment topics will continue to form the core of the report.

Published on 01. July 2019 by Roland Cecchetto
Back