Career prospects: One banker in five has not received a bonus

The results of the survey conducted by Communicators in collaboration with finews and the Swiss Finance Institute on career prospects are now available. 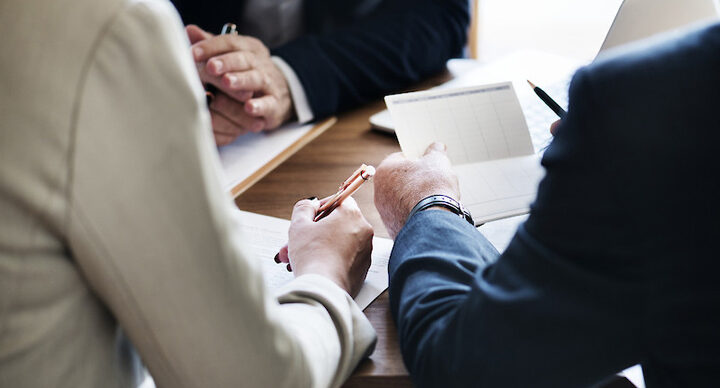 The survey conducted by the industry portal finews.ch, the Swiss communications agency Communicators and the Swiss Finance Institute shows The mood among Swiss bank employees has improved.

The results of the annual survey conducted by Communicators in collaboration with finews and the Swiss Finance Institute on career prospects in the financial sector are now available: Swiss bank employees know where they need to improve. But they are also aware that job erosion is continuing and that wages will continue to fall. Nevertheless, the mood in the industry is in a long-term upward trend.

Swiss bank employees are aware that they have to tighten their belts. Around half of them expect wages to fall over the next five years, and as many as two thirds believe that the level of bonuses will also fall over the same period. Last year, one in five bank employees no longer received a bonus. Nevertheless, the mood is much better than just a few years ago.

These are the findings of the 8th online survey on career prospects in the Swiss financial sector. The representative survey of 911 people was conducted by the Swiss communications agency Communicators, the industry portal finews.ch, and the Swiss Finance Institute (SFI).

Overall, the bankers know where they still have to make gains. In their profession, the most important factors in demand are IT competence (80.35 percent of those surveyed named this), specialized financial expertise (56.97 percent) and the willingness to change continuously (62.46 percent), whether in the job profile, at the workplace or through smart work concepts.

As the survey results further show, the bonus remained unchanged for one third of those surveyed (32.51 percent) compared to the previous year. Every fifth bank employee (20.78 percent) received no bonus at all for 2018.

Overall, 6.26 percent (previous year: 5.8 percent) of the survey participants now regard the career prospects in the Swiss financial sector as "very good", while 46.21 percent (previous year: 55.6 percent) describe the outlook as "good". A longer-term analysis of the survey results over the past seven years shows a clear upward trend (in 2012: "very good" 2.1 percent, "good" 28.5 percent).

In this context, it is interesting to note that most financial experts (31.76 percent of those surveyed) recommend that university and school leavers move into bank-related areas such as independent asset management, fund sales or brokerage, while 22.75 percent advise hiring in traditional banking.

To make themselves fit for the future, bankers today are also prepared to undergo further training in the areas of IT/Fintech (76.73 percent of those surveyed), compliance management (55.65 percent) and pension provision/pension funds (34.91 percent). Bank employees would expect more financial support from their employers (48.30 percent).

Along thematic interests in the sense of long-term development (81.01 percent), they prefer above all to attend topic-specific seminars (42.15 percent). Employees in the financial sector are well aware that they will also have to be more actively involved in their professional development in the future, as the survey further reveals.

And when it comes to bonuses, just under two thirds of bank employees expect bonuses to fall (45.35 percent of those surveyed) or even drastically (20.46 percent) over the next five years.

911 people took part in the survey, 85 percent of whom were men and 15 percent women. Of these, 14.5 percent were between 20 and 30 years of age, 37.5 percent between 30 and 45 years, 41.6 percent between 45 and 60 years, and 6.4 percent over 60 years of age. More than 30 percent of the respondents have a master's degree from a university and 11.4 percent have a master's degree from a university of applied sciences. Just under 14.4 percent have a Federal Higher Technical Examination. The survey has been conducted annually since 2012.

Published on 01. July 2019 by Roland Cecchetto
Back