On 24 January 2018, the new television channel CNN Money Switzerland went "on air". The focus is on economic and financial topics - but not only. The experienced business journalist Andreas Schaffner was there from the very beginning. As a senior producer, he is, among other things, jointly responsible for ensuring that competent interview partners come into the studio every day.  In this interview, Schaffner gives an insight into the first months of CNN Money Switzerland. 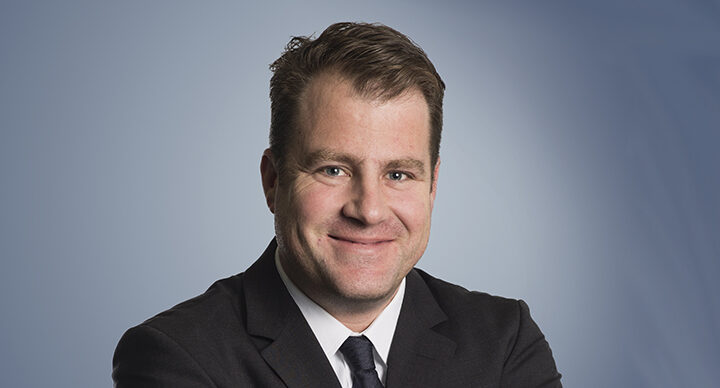 It doesn't happen every day that you can accompany a media company from the beginning. To feel this entrepreneurial spirit in everyone who works on this project is enormously inspiring. Add to this the fact that it's not just any media company: CNN, the world's most famous media brand, is behind the project. The credibility is enormous.

And what are the first experiences?

Super. As with any start-up, we were all on the job day and night from the very beginning. Not everything always went smoothly, but that's normal. In the meantime, however, it has become clear that we have established ourselves quite well after just two months. I'm thrilled how well the technology works in the meantime. A huge compliment to the team of editors-in-chief, my colleagues, but also to those of our technology partner Content Park. We can work with one of the most modern studios in Switzerland and, thanks to the connection to CNN International, we are connected to the whole world at the touch of a button: From a dealer on Wall Street to a correspondent in Pakistan's Swat Valley, so to speak.

Is there any initial feedback from the business community?

The feedback - especially from the financial community - is excellent. I'm surprised how quickly we have established ourselves as a major player here, both among local players and international asset managers. We offer exactly what many have been waiting for. At a Swiss subsidiary of a major asset manager, I was told that our program runs daily. That naturally makes me proud. But we don't just concentrate on pure market reporting, we look at the whole range of companies, from watch manufacturers to pharmaceutical companies to brewers. We also don't just look at companies, but discuss economic issues.

What exactly is your job as a senior producer?

As Senior Producer I am responsible for the daily running of the show and the coordination of the content. In collaboration with editor-in-chief Urs Gredig and deputy editor-in-chief Frédéric Lelièvre, I also help with topic planning and inviting guests.

How do you manage to get competent interview partners in front of your lens every day?

Both the members of the editors-in-chief and I have been in this business long before yesterday. The same goes for the entire management team. However, despite all our established contacts, it took a little persuasion at the beginning with many guests. In the meantime they know us better. They know that we take the time to talk about the issues in detail and not just touch on them superficially. That helps. I have also noticed that many guests appreciate the fact that they can use the interviews themselves afterwards - for their social media channels, for example. We have received enthusiastic feedback on this.

You can also see how the media world has developed here, right?

Exactly, you can see how important it was that we consistently pursued an online strategy from the very beginning. In this respect, we are not a classic linear TV channel that you can only consume between 6 p.m. and 9 p.m., but a multimedia platform. Many also use our YouTube channel, which shows our three hours of TV that we broadcast daily during the week.

Who is qualified to appear on your channel?

We are deliberately open here. We have everything, from the Chairman of the Board of Directors to the Federal Council and the Olympic athletes. It is important to us that the people we talk to speak English. We see ourselves as a nationwide broadcaster that deliberately has an international reach.

What are the next goals?

Well, first of all, it is certainly necessary to consolidate what has been achieved. For me personally, it's about making us even better known. It has to become a habit that after important media conferences, for example, you come by our studio. In addition, there will certainly be new ideas. But I'm not the right person to talk to about that.

CNN Money Switzerland has been nationwide from the very beginning. What exactly happens in French-speaking Switzerland?

We are probably the first TV station in Switzerland. I find that central as well. The international broadcast of French-speaking Switzerland is incredible and it would be important - and I say this as a German-speaking Swiss - that we also look more across the Röstigraben in the area of business journalism. But that's only in passing. At the moment we have a small studio in Geneva, so we can also connect interview partners there. A larger studio is currently being built near Lausanne, where entire programmes can also be run.

About the person: Andreas Schaffner (born 1971) has been working as a senior producer at CNN Money Switzerland since 1 January 2018. He looks back on many years of experience in business journalism, also in management positions. His professional stations include Cash, Schweizer Fernsehen, Blick and AZ Mediengruppe. Schaffner holds a master's degree in law from the University of Basel and is a graduate of the diploma course in journalism at the MAZ in Lucerne.

Published on 10. April 2018 by Roland Cecchetto
Back