Decoding of the block chain

Blockchain is on everyone's lips, but is often misunderstood. Communicators has had an expert give it a facelift. 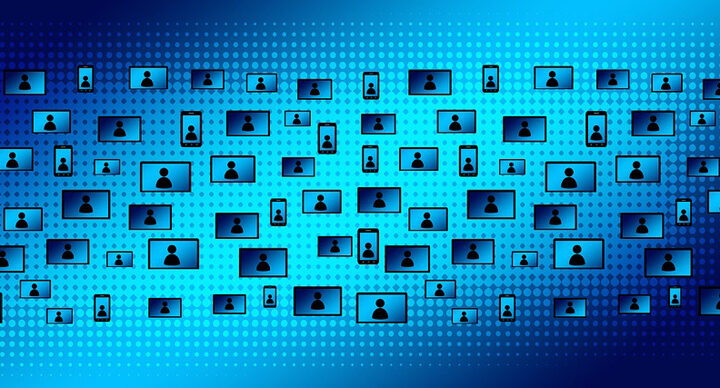 In the course of digitisation, numerous terms are thrown around in public conversations that are foreign to many. One such term is the block chain, which is supposed to revolutionize all industries in the future. Its disruption potential is compared with that of the Internet. Communicators had itself brought up to speed on this topic at the end of October at the agency's internal training day by Prof. Dr. Grivas from the Lucerne University of Applied Sciences and Arts. The essence of the block chain was revealed to be nothing less than the democratization of the intermediary.

Put very simply, a block chain is an account book where transactions are recorded. Specifically, the account book is not stored in a single location, but is stored on the access devices (PCs, mobile phones) of all participants connected to the block chain. In this way, all participants have a view of previous transactions at all times. A new transaction is stored as a new block in a chain of such blocks. The parties involved are not registered, only the transaction itself.

Confidence security is based on the technical nature

Using the hash function, a cryptographic method, the transaction within the block and all blocks in the block chain are encrypted. Since previous transactions/blocks serve as input for the hash function, modifications to valid transactions are not possible afterwards without alerting the other participants. For a new transaction (block) to be appended to the chain and thus become valid, it must be authenticated by all participants. This provides protection against forgery. Furthermore, there is no delete function in a block chain; all blocks are stored forever. Inevitably, the storage requirement will pose a challenge for the technology, but it can be overcome if the storage capacities continue to grow in the usual manner.

A block chain is based on a distributed system, which means that all members are connected in a hierarchically equal way. The opposite is a centralized system, where members are connected via a Trusted Third Party (TTP). An example of a TTP is a bank that acts as a financial intermediary between borrowers and lenders. In this connection, the banks are hierarchically superior to the other parties and ensure that the transaction is handled correctly.

The disruptive nature of block chains is due to the fact that they can replace these TTPs. This means that control over a transaction is not in the hands of one actor, but in the hands of many (democratisation). As a result, several TTPs would become obsolete. Thanks to the reduced dependency and more direct, efficient automatisms, business activities are simplified where several participants are involved. This makes the emergence of holistic business fields possible. For example, a customer can turn to a provider for a real estate acquisition, and thanks to the block chain, the whole process can be handled by the provider alone. All involved parties are connected with each other and the mutual trust is guaranteed by the counterfeit protection. Bureaucratic efforts of customers for mortgages and notarial certifications are eliminated.

The effects of the block chain can turn previous sectoral sectoralizations into such ecosystems. This development becomes dangerous if the ecosystems are in the hands of a giant (such as Google or Amazon) instead of a conglomerate of companies involved. Apart from that, however, the block chain does indeed offer the potential for comprehensive economic change. The question is simply whether it will be exploited.

Published on 14. December 2018 by Roland Cecchetto
Back