"Financial markets are more exciting than ever"

Almost 40 years ago Hanspeter Frey started his career as a financial journalist at "Finanz und Wirtschaft". Despite retirement, Frey remains true to his genre and continues to work as a freelancer. "The financial markets are more exciting than ever," he emphasizes in an interview with Ralph Spillmann, Partner at Communicators. 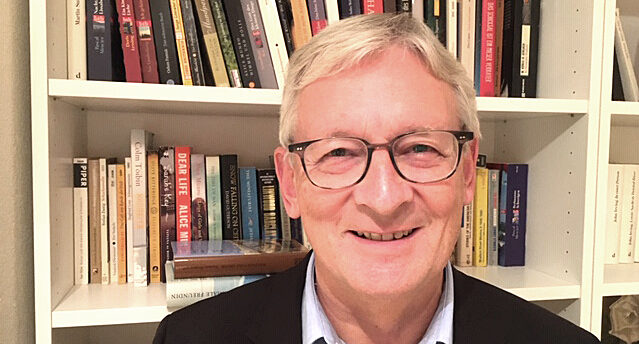 Dear Hanspeter, in what way is a financial editor different from other journalists?

Hanspeter Frey: The core task is the same for all journalists: informing, analyzing, classifying and, if necessary, commenting on events, developments and their consequences. All of this is done in understandable language, especially when it comes to complex topics that need to be broken down without compromising the facts.  One difference is that financial journalists are relatively busy with figures. However, figures alone mean little or nothing. You have to compare them, classify them and put them in context with the overall topic. And it is important: as few numbers as possible in the text, they tire the reader quickly. Tables, infographics and multidimensional forms on online channels are the ideal means for this.

Yes, and experience, but this also applies to other fields, such as science journalism. Apart from knowledge of economics and business administration, the basic prerequisite is an unbiased, sober view of financial markets, industries, companies, etc. Financial markets in particular are often emotional and driven by headlines in the short term. And I don't have to tell you as a media agency that in company news, even those that come from the companies themselves, the positive aspects are usually overemphasized. You have to look closely, ask questions, see an event, a price change, as part of a development. Here I criticize the mass media, which often classify a stock market setback of two or three percent in one day as a crash. These are the usual market corrections. For a crash it takes a lot more than that.

What fascinates you about the work of a financial journalist?

I am fascinated by the background, the mechanisms, the context. How do the financial markets, the companies, the economy work, which people are behind it, with which skills and interests? Even if many people are not even aware of it: What happens in the economy affects everyone. And the financial markets are particularly interesting because they reflect not only economic events, innovations, expectations and disappointments, but also politics, society and our lives as a whole.  Conveying knowledge and connections, shining behind the facade, is what is fascinating about the job of a journalist. Unfortunately, financial and economic knowledge is not particularly pronounced among the population. This begins at school, where business hardly ever takes place. I consider the transfer of knowledge to be an important task in our industry.

And the readers of financial media? What do they want?

The financial public - and I draw the circle quite wide here because the ageing population is making private financial provision increasingly imperative - is generally investment-oriented. Readers seek support and an independent opinion on how to achieve their investment goals. This requires transparency and discipline, because the noise and complexity of the investment business has increased massively. But there has also been a lot of improvement, especially in terms of corporate transparency. At the beginning of my career, I experienced how listed companies published financial statements only once a year, often in a rudimentary form, with heaps of hidden reserves that were either increased or consumed depending on the course of business, resulting in almost the same profit development year after year. In the case of the big Swiss banks, the reported profit increase often only differed by a decimal point - unimaginable today.

The more you are interested in economic and financial topics, the more exciting it gets. Is the trend towards electric cars boring? No. Pierin Vincenz and Raiffeisen? The detective story about CS? A general meeting with controversial topics? The record hunt of the Dow Jones and SMI? Anything but boring. Another example are astronomically high bonuses to top managers, which are still common in the financial industry. For the recipient they may be sexy, but some shareholders, employees and the public are rightly bumping into them. These are anything but dry topics, and it's not about entertainment, but about facts that belong in the light of day.

Reporting is one thing, but how reliable are analyses and forecasts on companies and investment markets?

I like to work with scenarios, and each scenario has a certain probability that changes over time. That's where I see my job as being to analyze and communicate this in a comprehensible way. Nobody knows the future. That's why I don't listen to stock market gurus, who are mostly crash prophets. Even a clock that stands still shows the right time twice a day. Where we stand, what the options are, how to take action on which development, what to do, what to indicate trend reversals - that is our task: to offer arguments, orientation and opinions. Every investor has to make his or her own decisions, and they know that.

You have been reporting on the financial markets for almost 40 years. Which top stories do you remember most?

I'm glad that I'm considered an optimist, you could also call it a realist. Because I am convinced of the long-term potential and superiority of equities, and looking back, I was right in the majority of cases. Of course, there are setbacks, but over a period of seven to ten years, an investment in good stocks pays off at 99, if not 100%. The share price is geared to the company's success, and solidly managed, sustainably oriented companies with a strong market position and innovative strength prevail in any situation.

Which events caught you on the wrong foot?

What I could never have imagined were negative interest rates, a phenomenon that has now become almost permanent, indeed a reversal of economic laws: Punish the savers and reward the debtors. How such an economy should be healthy is a mystery.

What factors have had the greatest influence on the investment markets recently?

Recently, certainly the central banks. The ultra-loose monetary policy was useful in the crisis, but the longer it lasts, the more distorted the markets are. The good scenario is continued, albeit moderate, economic growth à la Japan, the bad scenario is recession with central banks shooting their bullets.

To what extent have the main themes changed?

On a macro level, inflation. It was the dominant theme during my studies and then for a long time at work, the worst of all evils, which the central banks fought against, even accepting a recession. Today, central banks are longing for inflation, and it is not coming, or only in the beginning.

Is the influence of sustainability on long-term investments correctly assessed today?

Every company has the greatest interest in maintaining or even increasing its success in the long term. This requires a sustainable strategy. Sustainability is therefore nothing new. Today, the term is primarily aimed at climate protection, which is absolutely justified, indeed necessary. But watch out: Much of it is marketing. The financial industry has discovered a topic that can be used to make new money. Investors must take a close look. Some financial products exclude only a few "sinful" companies, but describe themselves as fully sustainable.

A different age: I wrote on a Hermes baby typewriter, lots of paper around me, even more Tippex, we drew price charts by hand, now and then we went to the telex machine to check agency reports, individual office, editorial deadline two to three hours before printing began, and nobody, not even the readers, thought the newspaper was not up to date.

How have the sources changed?

They have increased inflationarily. Not in print, but on the web - newsletters, blogs, media releases, social media, Google, Amazon, studies, analyses - the relevant information is a fraction of that, but not easily distinguishable from the masses. A broad network of contacts, access to relevant people in companies, in the markets, in research, to strategists, to specialists, to neutral people, is still crucial. Even though a lot of things can be accessed on the net today, I not only appreciated the personal contact the most, it also helped me the most in my work.

How have the sources changed?

They have multiplied inflationary. Not in print, but on the web - newsletters, blogs, media releases, social media, Google, Amazon, studies, analyses - the relevant information is a fraction of it, but not easily distinguishable from the masses. A broad network of contacts, access to relevant people in companies, in the markets, in research, to strategists, to specialists, to neutral people, is still crucial. Even though a lot of things can be accessed on the net today, I not only appreciated the personal contact the most, it also helped me the most in my work.

How do you evaluate the influence of PR agencies?

Their influence has always been great and is still growing. Who can blame an editor who is under ever-increasing time pressure if he or she takes a journalistically well-written piece and turns it into a section or even an entire article with just a few strokes of the pen? Editorial departments are under ever increasing time, personnel and production pressure. Fewer and fewer people serve more and more channels: print, online, video, blogs, newsletters, etc. Of course, technology helps, but compromises in quality are unavoidable. No matter how much they do, publishing bosses can claim the opposite.

And the readers? Are they paying for quality?

In the initial euphoria of online media, publishers threw almost everything on the market for free. Rowing back with the same offer is difficult, if not impossible, and improving the offer - see savings pressure and quality losses - squaring the circle. I also doubt whether media houses, even if they accept a lower return on investment, really do everything possible to preserve their journalistic mission, their socio-political and political task, the enthusiasm that journalists still have for their profession. More and more they are becoming department stores, conglomerates, with journalism as a supporting role.

Financial journalism seems to be not only a profession, but also a passion. Since your retirement at Finanz und Wirtschaft, you have continued to work as a freelancer!

Yes, the financial markets are more exciting than ever, and economic topics continue to fascinate me. Dealing with these lively topics, exchanging ideas and learning new things keeps you young. At the same time I profit from experience, I can hardly imagine anything more beautiful.

Hanspeter Frey (65) joined "Finanz und Wirtschaft" in 1980 as editor for foreign affairs. From 1986 to 1987 he was a correspondent for FuW in New York. Back in Zurich, he expanded international reporting as head of the foreign affairs department, managed a temporary project for a financial radio station, became head of the service and was appointed deputy editor-in-chief in the early 2000s. For the last seven years he worked as editor in the Markets Department and was responsible for all the newspaper's supplements. Frey is married and father of two grown-up daughters.

Published on 09. December 2019 by Ralph Spillmann
Back