On November 29, the majority of the cantons voted against the Responsible Business Initiative. As economiesuisse's partner in the canton of Zurich, Communicators had the chance to work on the "No" campaign. It was a long, tough and sometimes heated campaign. What remains is the counter-proposal and the question of whether the Responsible Business Initiative campaign will have a lasting impact on political campaigning in Switzerland. 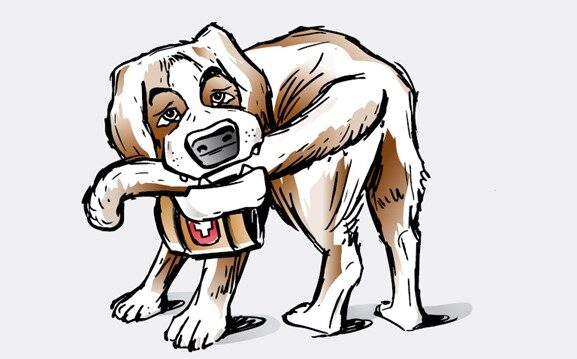 It is too early for a well-founded analysis of the referendum campaign. The results of the follow-up surveys are still pending. However, the very late voting is an indication that the uncertainty among the population was ultimately very great. Are SMEs affected? Will the bill be of any use? Does the reversal of the burden of proof apply? Based on our many years of campaign experience, we know that in these cases, the population is strongly oriented toward people and organizations with high credibility. In federal Switzerland, political credibility has to be earned over many years through reliable politics in the region.

Centrally orchestrated campaign
The strength of the supporters lay in the countless local committees of activists and on the many orange flags distributed over the years. This very localized appearance and the well-cultivated narrative of David against Goliath gave the impression of a real grassroots movement. The fact that there was a central campaign organization behind it, which pulled the strings for three years with almost inexhaustible financial resources, was skillfully concealed. But this centralization was probably also the biggest weakness of the "Yes" campaign. For instance, throughout German-speaking Switzerland it relied on the figureheads Daniel Jositsch, Martin Landolt and, of course, Dick Marty. This decision to rely on a Zurich SP law professor, the president of the marginalized BDP (in these cantons) and a former member of the Council of States from Ticino is surprising. After all, it was clear early on that the old CVP home states would decide on the majority of the cantons - and thus on the acceptance or rejection of the initiative.

Developing the tried and tested

On the other hand, it is precisely in these cantons that economiesuisse's tried-and-tested cantonal support network with experienced campaigners, regional senders and tailored messages has worked excellently. However, this success cannot conceal the fact that campaigning must continue to develop in a targeted manner in our increasingly noisy world and especially in the increasingly urbanized canton of Zurich. In the case of extreme demands, which are increasingly being put forward in the form of popular initiatives, we have so far been able to rely almost entirely on the much-vaunted "common sense of the people" in referendums. However, in order to be able to reliably stand up to extreme positions in the future, the business side must continue to develop its campaigning in a targeted manner without neglecting the tried and tested. In concrete terms, it needs to build up strongly committed communities, as advocates of the Responsible Business Initiative have done in exemplary fashion. But it also needs the proven networks of regionally known and credible figureheads to continue to be cultivated and used effectively.

Communicators is now eagerly awaiting the follow-up surveys, will draw the right lessons from them and looks forward to the challenges ahead.

Published on 01. December 2020 by Maurice Desiderato
Back